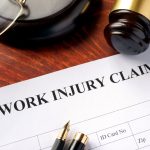 In the workers’ compensation arena, a settlement is called a “compromise and release agreement,” or “C&R agreement” for short. A C&R agreement allows the insurance carrier to pay you a lump-sum of money in exchange for a release of the right to past or future benefits.

When I discuss settlement with my clients, I emphasize several important considerations:

1. No one can force you to settle your case.
Settlement is rather common, but that does not mean that it is always in your best interests. For this reason, a settlement must be voluntary. A settlement is not final until you sign the written agreement, and appear before a workers’ compensation judge who must determine that you understand the terms of the agreement and the legal significance of entering into the agreement.

2. Workers’ Compensation settlements will not make you rich.
The Pennsylvania Workers’ Compensation Act provides for the payment of lost wages and medical bills. There is no such thing as punitive damages. For this reason, absent catastrophic injuries, you should not expect to receive millions. That being said, the value of your case is dependent on a number of considerations, including: the severity of your injury, whether you are able to return to work in any capacity, how much you are collecting each week, whether there is a pending threat to end your benefits, etc. Rest assured that regardless of the scenario, Gross Law aggressively negotiates with insurance companies to maximize the amount that you receive.

3. A compromise and release agreement is forever.
If you decide to settle your case, there is no way to change your mind in the future. Settlement is final and forever. Even if your work-related condition worsens, you will not have the ability to re-open the case or seek additional benefits once the case has settled.

4. A settlement allows the parties to be creative with the terms of the agreement.
If your case is in litigation, the Judge only has the ability to grant or deny your respective petition. However, if the parties decide to pursue a settlement, the terms can be much more flexible. For example, you can agree to settle only the wage loss portion of your case, while leaving the insurance company responsible for the payment of your medical bills.

5. Do not sign a C&R agreement without having the document reviewed by an experienced attorney!
Settlement is a big decision. You need a skill of a lawyer who specializes in workers’ compensation law to determine if the amount that you are being offered is appropriate. I have been successful in negotiating with insurance carriers and I have testimonials from many satisfied clients to prove it. If you are considering a settlement of your workers’ compensation case, call Gross Law Office today to schedule a free consultation.

View all posts by Abigail Gross →